A previously covered topic and one we get many emails on is the pump-and-dump of the Florida based company Simulated Environment Concepts stock, (SMEV). The lawsuit, Licht v. Watson, et. al, S. Florida  CASE # 0:12-cv-62197-WJZ, holds valuable information for anyone considering doing business with Eric Noveshen and should give it a good read.

Warning signs; Noveshen surrounds himself with the same names; transfer agents, financiers, attorneys, stock promotion teams and Noveshen’s friends / family. Noveshen and Ajene Watson have done consulting services together for many pink sheet companies. They both worked with the now defunct NIR Group, NIR provided funding for Edoorways (EDWY)  a deal worked on by Noveshen and Watson. The Licht lawsuit claimed,

“Unfortunately, at the hands of Defendants, EDWY has suffered the same fate as Simulated. Its stock was decimated by pump-and-dump scheme…”

Curt Kramer/ Asher Enterprises, notable for connections to Novehsen via NIR, also makes an appearance in the Licht lawsuit. Kramer was blacklisted by FINRA in 2014 after being ordered to pay $1.4 million in 2013 to settle SEC charges that he purchased billions of shares of two penny stock companies and failed to register them before reselling them to investors.

The biggest danger, is when Noveshen brings family to work . The Licht lawsuit states, in December 2009, “Noveshen installed his mother Sherrill Wilson, as the bookeeper;” *Her name is Cheryl not Sherrill

The next step was to move the company accounting books out of Plaintiff Licht/ Simulated’s view. Noveshen was part of the team urging Licht /SMEV to move away from their current accounting system, Peachtree to Quickbooks giving Noveshen’s mother Cheryl Wilson greater opportunity to doctor the financials.

A cautionary tale; as in December 2014 Noveshen became President of a health insurance audit company called Microvu. Same scam, Noveshen installed his mother Cheryl Wilson to aid him in diverting funds from the company and cook the books.

Read closely, neither Licht /SMEV or the owners of Microvu knew that Cheryl Wilson is Eric Noveshen’s mother, Noveshen went out of his way to hide this glaring detail.

SMEV consulting team urges the company to “1. Move accounting away from PeachTree” 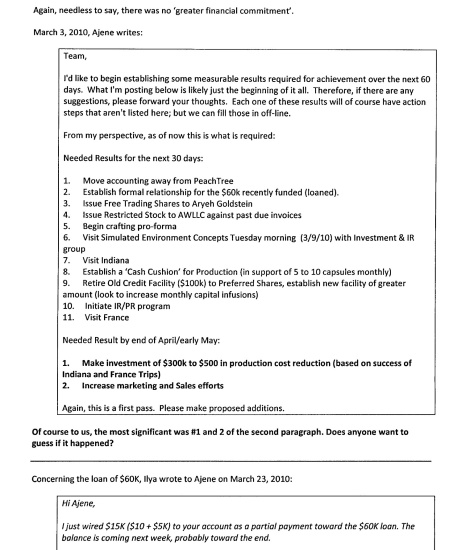 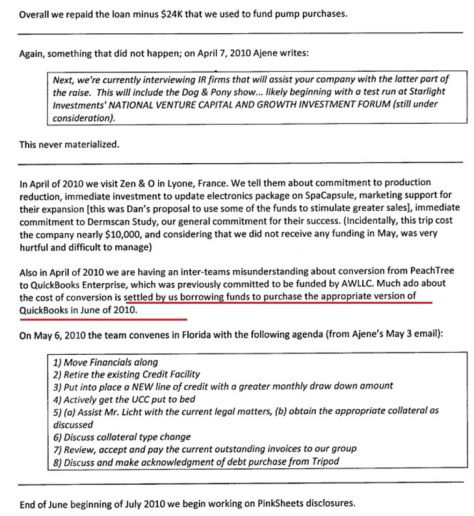 Less than five years after defrauding Simulated Concepts, Eric Noveshen becomes President of Microvu in December 2014. Guess who he brings to work on the financials? Mother Dear? Bingo! Cheryl Wilson starts working undercover to doctor financials for the benefit of herself and her son. The pair even pretended they did not know each other in the office. 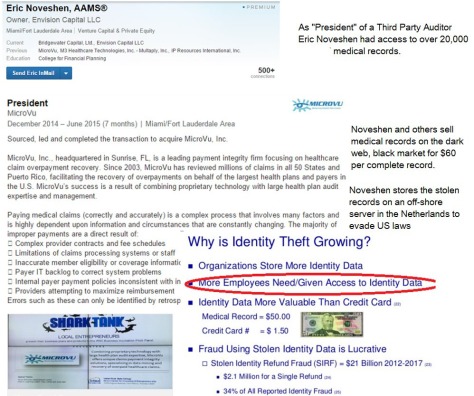 People might say ah, what about Ajene Watson? Here is the difference, Watson, for any faults one might perceive, is not a selfish or slovenly businessman like Noveshen. He leaves his house in a suit and tie, looks sharp, speaks well. Watson gives back to the community. Watson’s mother didn’t teach him how to cook books. Trywa Watson taught children and was a highly respected educator in New York. While Noveshen works to destroy his mother’s name in court records (all those phony affidavits of Cheryl Wilson against Amex, Nationstar etc all looked at together don’t seem credible). While Watson honors his late mother’s name. In 2010 Ajene Watson donated thousands of dollars to the school where his mother taught, Middle School 390, to open The Trywa Watson Computer Lab. Watson claimed his mother taught him a code of ethics and morals. Something you won’t find in his business partner’s history.

5 thoughts on “Signs of A Noveshen Financial Scam”