What does Eric Novsehen have in common with rap star Lil Wayne? Both are being sued by American Express according to court documents filed in the last six weeks.

It works! By running American Express to the Broward Courts for six years, Noveshen was able to get them to settle his $81K debt for only $30,000 and he didn’t have to pay a dime of legal fees! That’s $50,000 of FREE MONEY Noveshen got to spend on the dime of other Amex card holders. 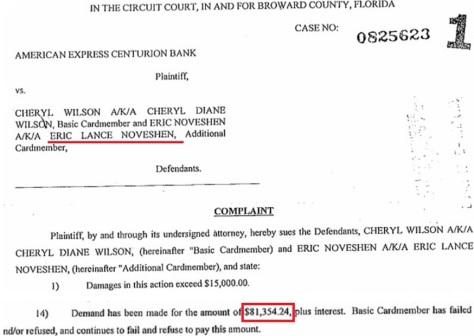 The only downside, you have to file A LOT of FRIVOLOUS motions. See how many here:

Young Money Welcome to Free Money! Here’s how it works:

1. First claim you were not served: 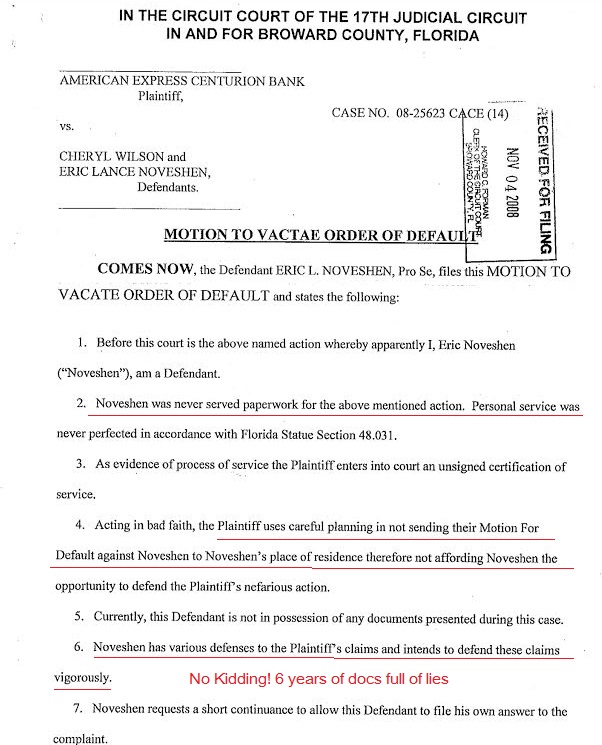 2. Play Victim. Claim AmEx is “harassing” and causing you “emotional discomfort” by trying to collect the money you owe them: 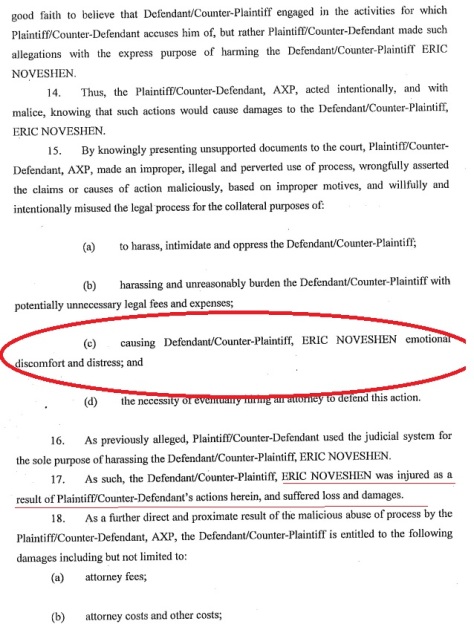 3. Ask the Judge to sanction Amex for trying to collect money you owe them.

4. When American Express gets a judgment despite all your frivolous filings, file an appeal at your state Appeals Court. This delays and maybe Amex will settle with you:

5. You are likely to lose the appeal, as Noveshen did. But by this time Amex will have spent so much legal money they might agree to mediation.

Pull some strings and find a mediator office you have a friend of a friend who works there like people speculate Noveshen did. Amex lawyers won’t know and may not care they are only hired by Amex, you’ll have a leg up.

Noveshen did exactly that and after six years of burdening the Broward Court of Florida with frivolous litigation he was able to settle his $80,000 bill for less than half – $30,000. – $50,000 of free money for Noveshen at the expense of Broward County tax payers and American Express card holders who pay more in fees for frivolous litigation like this. But we think Noveshen relates to your lyrics: You observin it, I’m absorbin it, Judge mad cause a n—a make more than him.”

Eric Noveshen /his company Bridgwater Advisors were sued agiain by American Express for unpaid bills of $29,000. You can watch that case to see if Noveshen has any new legal tricks up his sleeve to get out of paying debt. It’s brilliant on one hand, on the other it’s a shame the legal system allows it to burden the courts.