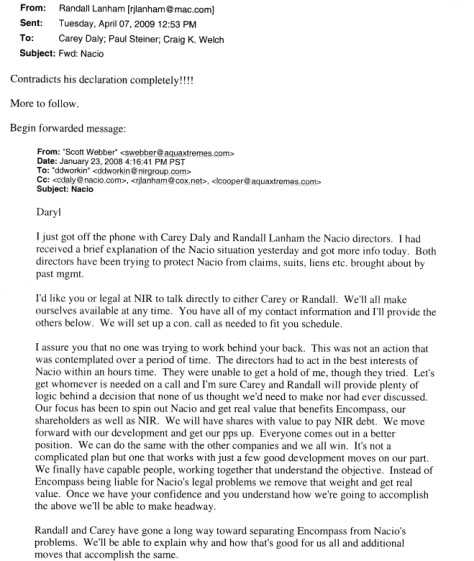 **Must be approved by NIR

A description of Eric Noveshen/Envision Capital’s involvement with Encompass Holdings and NIR from Investors Hub, the site is a wealth of knowledge.

After being booted out, Envision Capital went after Encompass Holdings in court and had harsh words for Webber, “Scott Webber is a crook who killed his shareholders.” No wonder he holds a grudge, the courts rejected Noveshen / Envision’s attempt to collect for unpaid consulting fees.

More mentions of the “Mob on Wall Street” on in June 2015 on Investors Hub.

As for the “Mob on Wall Street” guess ya had to be there….